Red tailed Hawk. A series of images from an encounter in Ithaca NY 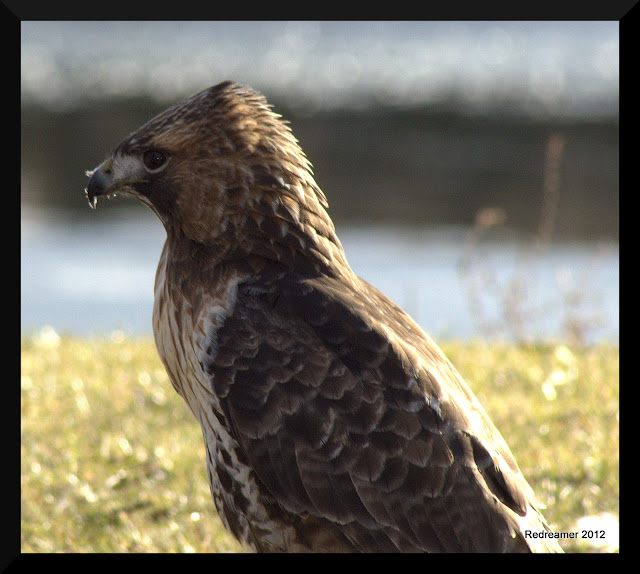 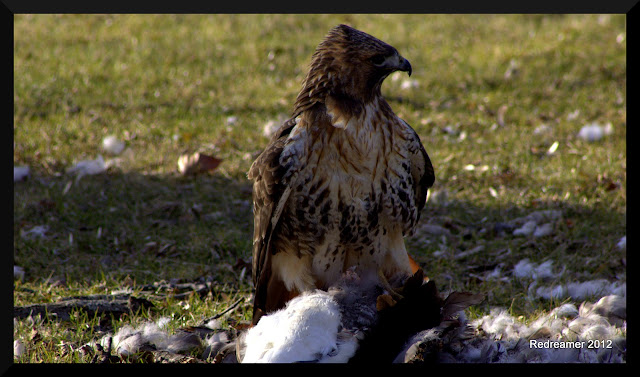 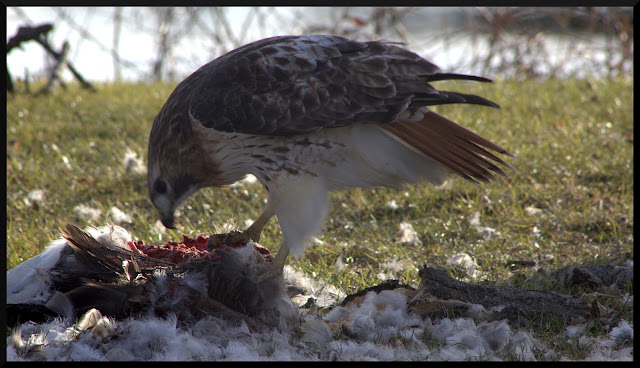 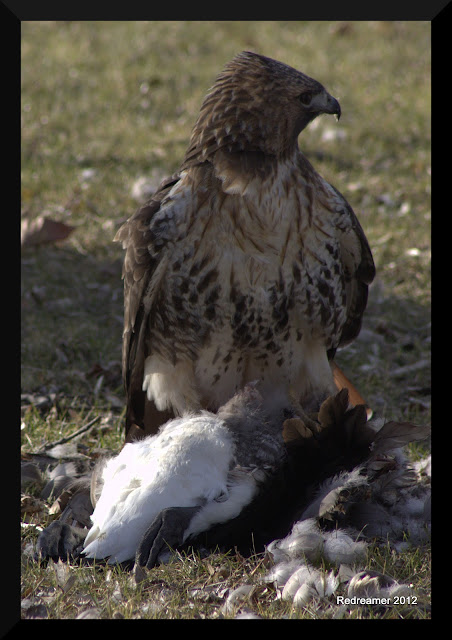 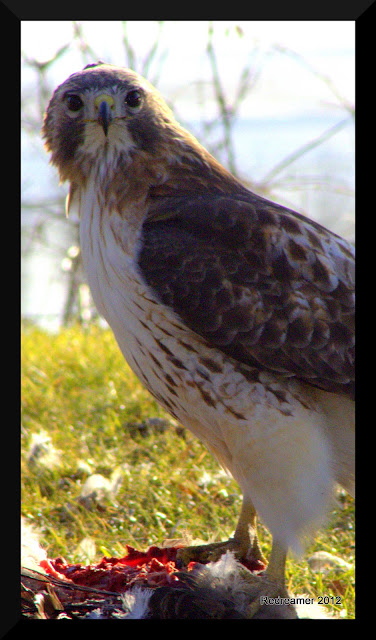 I had the privilege of  getting up close and personal with a Red Tailed Hawk in Stewart Park in Ithaca on Monday. It was one of those really moving experiences where life is real and right in your face. The Hawk was feeding on a Canadian Goose (which surprised me a little considering how large they are). I used stealth and a telephoto lens to get close. Of course the hawk knew I was there but was obviously considered small risk compared to the benefits of staying with the kill. In fact it turned out there were two separate individuals... at one stage i left to get Jye to witness the whole thing and two hawks had a screech at each other and a different (i would say female) came down to eat the second time. It was not obvious until i came home and downloaded the images that the second series was in fact a different bird. All in all it was an amazing sight and I am well pleased with the photos.

I've actually held a Red Tailed Hawk before, but I never realized what an impressive profile they had until I saw your images. What a fantastic set. Well done!